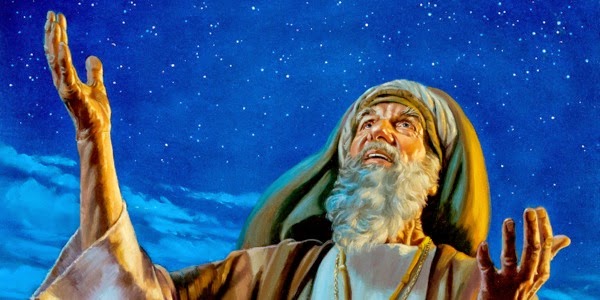 “And I will put enmity
Between you and the woman,
And between your seed and her Seed;
He shall bruise your head,
And you shall bruise His heel.”
–     – Genesis 3:15
After Adam had sinned in the garden God while addressing the serpent mentioned about the enmity that be between the woman’s seed and his seed.
The question that needs to be asked is “does a woman have seed?” A woman does not have seed except the seed of man planted in her. Straight from the onset God was declaring an impossible scenario from a human point of view. It was a hint that was God was up to something in his wisdom.
The problem was that Adam and Eve was looking at God’s promise from a human narrative. This is also one of the major we have with the scriptures all the while. Many see the Bible either as a constitution, a road map to heaven, a book of stories, a documentary or anything that points to us in our humanity.
The best way to extract the plan and counsel of God from the Bible is to first of all understand the theme of the Bible. The theme of the Bible is not about Israel and a list of moral codes. It is not also a road map to get you into heaven, it is a revelation of how heaven came down to find its way into the hearts of men.
It is about Jesus. Everything is designed to point us to Jesus. Any other drive and interpretation without that in mind would lead to error and a misconception of God.
In Luke 24 Jesus appeared to 2 disciples on the road to Emmaus and taught a lesson for all of us to review.

27 Then beginning with Moses and all the prophets, he interpreted to them the things written about himself in all the scriptures.

He appeared to his disciples in the evening to continue from where he stopped.

44 Then he said to them, “These are my words that I spoke to you while I was still with you, that everything written about me in the law of Moses and the prophets and the psalms must be fulfilled.”
When God appeared to Abraham, He reiterated the coming of the seed through His loins. This was the same seed he spoke about with Eve.
The major problem was that Israel saw themselves as God’s chosen seed. What they didn’t know what they were 2 things:
1.     They were a shadow of the substance to come.
2.     They were the womb for the Messiah to come through
In the Old Testament, the nation of Israel is called God’s son; then in the New Testament, Jesus is called God’s Son. From here forward, we will begin to see that everything done in the Old Testament was merely the shadow of Jesus.
22 Then you shall say to Pharaoh, ‘Thus says the Lord: “Israel is My son, My firstborn. – Exodus 4:22
17 And suddenly a voice came from heaven, saying, “This is My beloved Son, in whom I am well pleased.”– Matthew 3:17
God declared in front of everyone that this was his son, that one that gives Him pleasure. The Jews and everything that had in the covenant was a shadow of the real deal.
They serve at a sanctuary that is a copy and shadow of what is in heaven. This is why Moses was warned when he was about to build the tabernacle: “See to it that you make everything according to the pattern shown you on the mountain” – Hebrews 8:5.
Israel was considered the seed of Abraham “But you, Israel, my servant, Jacob, whom I have chosen, you descendants of Abraham my friend” – Isa. 41:8
In the New Testament, the Seed of Abraham is Jesus:
The promises were spoken to Abraham and to his seed. Scripture does not say “and to seeds,” meaning many people, but “and to your seed,” meaning one person, who is Christ” – Galatians 3:16
The seed was not a Jew nor a man. It was God’s man. The seed was the word. As Peter once said
“For you have been born again, not of perishable seed, but of imperishable, through the living and enduring word of God.” – 1 Peter 1:23
This seed, this word was made flesh and tabernacled amongst men. Jesus was the promised seed. Now look at what God told Abraham.
I will bless those who bless you, and whoever curses you I will curse; and all peoples on earth will be blessed through you (Genesis 12:3).
And through your offspring all nations on earth will be blessed, because you have obeyed me (Genesis 22:18).
The early church through Paul got a grasp of the truth of who the promised really was and why the promise was made in Galatians 3:
6 just as Abraham “believed God, and it was accounted to him for righteousness.”[c] 7 Therefore know that only those who are of faith are sons of Abraham.8 And the Scripture, foreseeing that God would justify the Gentiles by faith, preached the gospel to Abraham beforehand, saying, “In you all the nations shall be blessed.”[d] 9 So then those who are of faith are blessed with believing Abraham.
Now see from vs 13:
13 Christ has redeemed us from the curse of the law, having become a curse for us (for it is written,“Cursed is everyone who hangs on a tree”[h]), 14 that the blessing of Abraham might come upon the Gentiles in Christ Jesus, that we might receive the promise of the Spirit through faith.
15 Brethren, I speak in the manner of men: Though it is only a man’s covenant, yet if it is confirmed, no one annuls or adds to it. 16 Now to Abraham and his Seed were the promises made. He does not say, “And to seeds,” as of many, but as of one, “And to your Seed,”[i] who is Christ.
17 And this I say, that the law, which was four hundred and thirty years later, cannot annul the covenant that was confirmed before by God in Christ,[j] that it should make the promise of no effect. 18 For if the inheritance is of the law, it is no longer of promise; but God gave it to Abraham by promise.
And he concluded with:
26 For you are all sons of God through faith in Christ Jesus. 27 For as many of you as were baptized into Christ have put on Christ. 28 There is neither Jew nor Greek, there is neither slave nor free, there is neither male nor female; for you are all one in Christ Jesus. 29 And if you are Christ’s, then you are Abraham’s seed, and heirs according to the promise.
The scriptures clearly states that the seed was Jesus Christ. Now if any man be in Him he receives the promise of the seed. That is why goes to a great length to explain a lot “In Him” realities. Being a Jew no longer holds any advantage before God. The only thing that matters now is the man that found in Christ, the seed. To him belong all the promises by faith and no longer will it be on account of your good works.
The Old testament was a long cast shadow of Jesus and he has come. Now its time for the church to start embracing the substance and leave shadows and copies behind. You wouldn’t want to kiss the picture of your wife in front of your wife. Get a hold of the true image.
The Jews kept holding on to the shadows and the temple and land was destroyed. Nothing was salvaged to be rebuilt again because God was done with the shadows. All the promises are now in Christ, not because of your heritage and performance. It’s in Jesus and they are Yes and Amen.