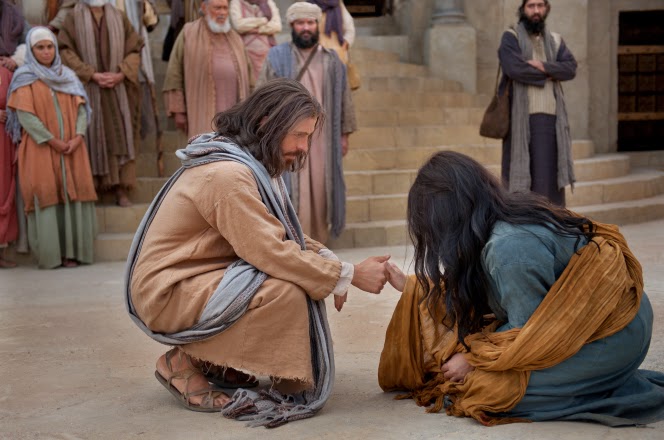 The mercy of God was his provision for the Jews in the Old covenant. That is why David that it was by his mercy they were not consumed. We however do not belong to such an age of being afraid of a coming judgement. Why?

Mercy is us not getting what we deserve, grace is us getting what we could never deserve. The cross is what we deserved, for it was death for sin, but the mercy of God took over our judgment and Jesus was crucified on our behalf. God’s unconditional love and favor is what we can never deserve, but the cross brought us those things and God calls it grace.

The Lord’s mercy spared us from the judgement of sin and death and now we live by grace. From the pardon of mercy we have been elevated to a throne of righteousness in Him being found spotless and blameless.

In the Old testament, the people who could never be perfect had hope in the mercy of God. The mercy and truth of God was a common combination in the Psalms and Proverbs. His dealing with them was based on his justice system and mercy which was released through their sacrificial offerings.

“Let not mercy and truth forsake thee: bind them about thy neck; write them upon the table of thine heart:” (Proverbs 3:3)

But in the New covenant, we find a new combination which “grace and truth”. Some people believe that truth is to checkmate grace. That on its own is to suggest that grace is dangerous and unstable without control. That would be a fundamental error in understanding the terms of this new covenant.

“For the law was given by Moses, but grace and truth came by Jesus Christ” (John 1:17)

“For the grace of God that brings salvation has appeared to all men.” (Titus 2:11)

How can God’s mercy endure forever? This is only possible if the mercy is now appearing as grace. So instead of truth coupled with mercy, it is now joined with “grace”

Look at Paul statement in 1 Corinthians 15:9-10
“For I am the least of the apostles, and not fit to be called an apostle, because I persecuted the church of God. But by the grace of God (not mercy) I am what I am, and His grace (not mercy)toward me did not prove vain; but I labored even more than all of them, yet not I, but the grace (not mercy) of God with me.”.

When Christ met all of the righteous demands of the law, He offered Himself as a sacrifice for the sin of the whole world, satisfying the anger of His Father. This expressed his mercy in its fullest dimension and the end result is grace for all who believe in Him.

We thank the Lord for his mercy that has spared us from the wages of sin and at the same time praise for the free gift of righteousness which is a function of his grace. So it is grace for us all the way no matter. When grace reigns, we reign in life.