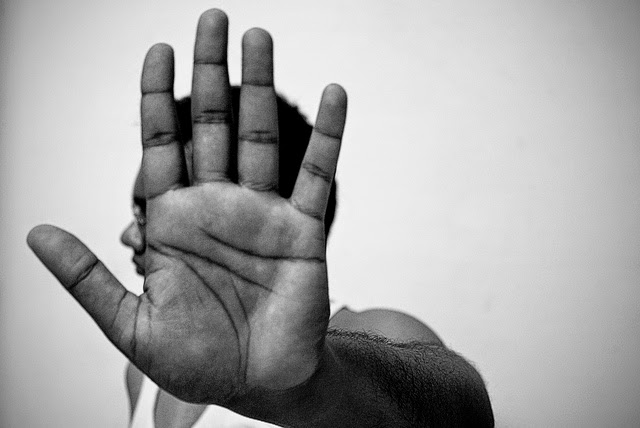 Christianity is not the sacrifices that you can make for God. It is about the one sacrifice that he made for you. Humanity could never present a perfect offering that was acceptable to divinity. Divinity is not in need and does not require gifts for sustenance.

One of the most interesting observations about the Old covenant was the fact that in the over 2 billion animals that was offered in sacrifice none of them was able to delight God. The natural priesthood was flawed and the offeror was not being made perfect.
Whenever we base our righteous on our good works we will need a natural priesthood to stand us. This has been proven over the 1,500 years of the administration of the law that it was doomed to be a failure. There’s only one high priest who stands forever for us. His finished work is the intercession that filled the gap on our behalf.
But why was God not delighted in those sacrifice?
It was not because they were not offered from the heart. It was not because it was cheap. The act of using sacrifices to obtain favour or blessing had never been God’s pattern. It was man-made. It was man whose thoughts searched for a way to cover his nakedness. Sacrifices became for man a way to realise that God could still reach out even though God reached out to Adam even in his sin.

One of the major drawback about sacrifices is this; It did not perfect the offeror. The offeror lacked the confidence and assurance to draw near to God. Sin-consciousness was enthroned through the sacrifices and it reduced the value of the offeror beyond were there was an exchange of peace and joy.
The same happens today when we design and define our righteousness and standing based on the sacrifices we can make to God. When we sacrifice our families and life on the altar of ministry, we make think we are on the right track. But its rather like traveling in the path of the Old covenant. It’s the road that leads down the road to where people get worked up till they eventually lose their rest.
We have to realize that we are not defined by our sacrifices. Divinity cannot afford for us to boast about our love for God. It is a faulty ground to stand. It cannot stand the test of time. Peter is a good example to learn from on that. We have been positioned where we can boast about his love for us. His love was in full display when we took our place on the cross and imparted us with His life and righteousness in exchange.
Look at how Hebrews 10 is captured in the message translation.
“1-10 The old plan was only a hint of the good things in the new plan. Since that old “law plan” wasn’t complete in itself, it couldn’t complete those who followed it. No matter how many sacrifices were offered year after year, they never added up to a complete solution. If they had, the worshipers would have gone merrily on their way, no longer dragged down by their sins. But instead of removing awareness of sin, when those animal sacrifices were repeated over and over they actually heightened awareness and guilt. The plain fact is that bull and goat blood can’t get rid of sin. That is what is meant by this prophecy, put in the mouth of Christ:
You don’t want sacrifices and offerings year after year;     you’ve prepared a body for me for a sacrifice. It’s not fragrance and smoke from the altar    that whet your appetite. So I said, “I’m here to do it your way, O God,     the way it’s described in your Book.”
When he said, “You don’t want sacrifices and offerings,” he was referring to practices according to the old plan. When he added, “I’m here to do it your way,” he set aside the first in order to enact the new plan—God’s way—by which we are made fit for God by the once-for-all sacrifice of Jesus.
11-18 Every priest goes to work at the altar each day, offers the same old sacrifices year in, year out, and never makes a dent in the sin problem. As a priest, Christ made a single sacrifice for sins, and that was it! Then he sat down right beside God and waited for his enemies to cave in. It was a perfect sacrifice by a perfect person to perfect some very imperfect people.”
His sacrifice has given us an assurance of our place in Him. It is secured by the blood that was shed that obtained eternal redemption. Now we possess in Him eternal redemption which grants an assurance that our faith is built on. This also gives us the audacity to draw near to him without a sense of insecurity and condemnation.
So what do we do? Draw near with nothing holding us back.
“let us draw near with a true heart in full assurance of faith, having our hearts sprinkled from an evil conscience and our bodies washed with pure water.” (Hebrews 10:22 NKJV)
“So let’s do it—full of belief, confident that we’re presentable inside and out. Let’s keep a firm grip on the promises that keep us going. He always keeps his word.” (Hebrews 10:22 Msg)