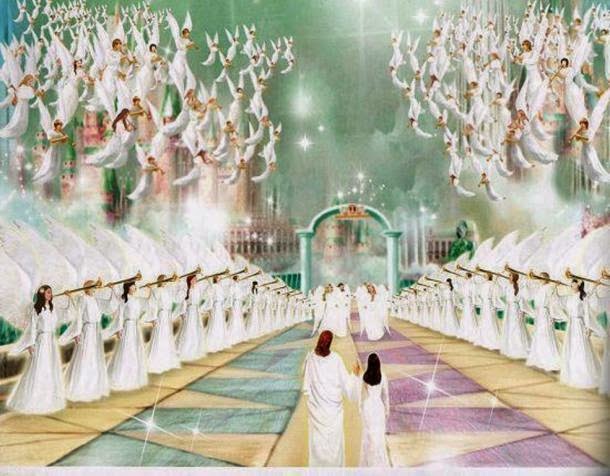 The only atonement that could be made for murder was the death of the murderer in the law. There was no repentance offered. No sacrifice could be given. There could be no escape. This is the Law of Blood Atonement. There was a provision for making atonement for innocent killings in the law. They could flee to a city of refuge per Numbers 35.

Consider then that as Peter noted, the people killed Jesus in ignorance Acts 3:14,15,17.
14 But ye denied the Holy One and the Just, and desired a murderer to be granted unto you;
15 And killed the Prince of life, whom God hath raised from the dead; whereof we are witnesses.
17 And now, brethren, I wot that through ignorance ye did it, as did also your rulers.
Were they then to flee to a literal city of refuge, one of the six cities designated in Numbers and Deuteronomy 19 which was a shadow of the reality to come? No. As the Hebrews writer said, he and his readers had, “fled for refuge to lay hold on the hope set before us”
(Hebrews 6:18) by turning to Jesus, the one that had been slain. They were invited to a relationship with Jesus who is the fulfillment of the city of refuge.
Throughout Israel’s history, Israel is depicted as the willful murderer of the prophets. This is one cases the Muslims even have against the Jews. Jesus was put on trial by them, and Pilate found no fault in him, the crowd demanded his death, and cried out, “Let his blood be on us and on our children!” (Matthew 27:25f). The leaders of the people understood what they were doing!
Peter offered the people a bail out  declaring that they did not know what they were doing when they called for Jesus’ blood. He even said the leaders did not know what they were doing! (Acts 3:14f). What Peter was doing was seeking to offer “amazing grace” in his remarks, for without that offer only judgment remained.
But the Jews gave open consent to the purposeful, willful murder of Jesus. Thus, the writer said that all that could remain for them was destruction (Hebrews 6:6-8).
In Acts 2:22f, Peter affirmed that Israel was without excuse for not recognizing Jesus as their Messiah. Jesus was, “approved of God by miracles and wonders and signs, which God did by him in your midst, as you yourselves also know.” He continued, “You have taken, and by wicked hands have crucified and slain” this One that they should have recognized as their Savior. Peter also affirmed that the apostles were “witnesses” of all that had taken place, thus fulfilling Numbers 35, and the demand for witnesses before punishment could be given. In verse 36, he digs up their guilt in crucifying Christ. He then called on them to repent and incredibly, offered them forgiveness!
So, Peter was essentially like the other Apostles  radically– calling them to leave Torah behind. To refuse to repent was to agree, to consent purposely, to the murder of the innocent Jesus, thus, incurring and invoking the Law of Blood Atonement. To remain in that system was to remain in a system that offered them only death and destruction. They could die to the Law by entering Jesus, their Christ, or, they could remain under Torah, and die by Torah.
The choice was simple, “repent and be baptized in the name of Jesus (the) Christ, for the remission of sins” or, face certain death and judgment from God for shedding innocent blood. Thus, Peter called on his audience, “Save yourselves from this untoward generation” (Acts 2:40.)
John said that after the song of Moses was sung in heaven he saw what was finally the judgment of God upon apostate Israel.
5 And after that I looked, and, behold, the temple of the tabernacle of the testimony in heaven was opened:
6 And the seven angels came out of the temple, having the seven plagues, clothed in pure and white linen, and having their breasts girded with golden girdles.
7 And one of the four beasts gave unto the seven angels seven golden vials full of the wrath of God, who liveth for ever and ever.
8 And the temple was filled with smoke from the glory of God, and from his power; and no man was able to enter into the temple, till the seven plagues of the seven angels were fulfilled. Revelation 15:5-8
Peter’s words echo Deuteronomy 32:5, which called the generation of Israel’s last days “a crooked and perverse generation.” Peter was telling them that the fulfillment of the Song was upon them! They were in fact the “terminal generation” in which God would, “avenge the blood of His saints, and make atonement for the land, the people.”
When we couple the Song of Moses, Jesus’ teaching in Matthew 23, with Peter’s sermon, with the rest of the NT testimony, the evidence is overwhelming. Jesus’ generation was the generation foretold by Moses in the Song. This is confirmed by the fact that the Song is directly quoted several times in the New Testament in the context of the persecution of the saints, and the promise of coming, imminent, vindication at the coming of the Lord (cf. Romans 12:19; Hebrews 10:31f; Revelation 19:1-2).
As the Song foretold, in Israel’s final generation, God would both avenge the blood of His saints, and bring judgment on their killers. The song of the lamb speaks of Jesus as our refuge. It proclaims the grace of God that has been revealed to us by the perfect obedience of our savior Jesus.
In Revelation 5:9,10 we see the song of the lamb, a different song from that of Moses.
And they sung a new song, saying, Thou art worthy to take the book, and to open the seals thereof: for thou wast slain, and hast redeemed us to God by thy blood out of every kindred, and tongue, and people, and nation;
10 And hast made us unto our God kings and priests: and we shall reign on the earth.
The song of the lamb is the victory of Jesus for us that has given us the inheritance of life, position of royalty, justification and glorification and redemption in the finished work. One song ended one age but the other began a new age. Praise God we have a new song.