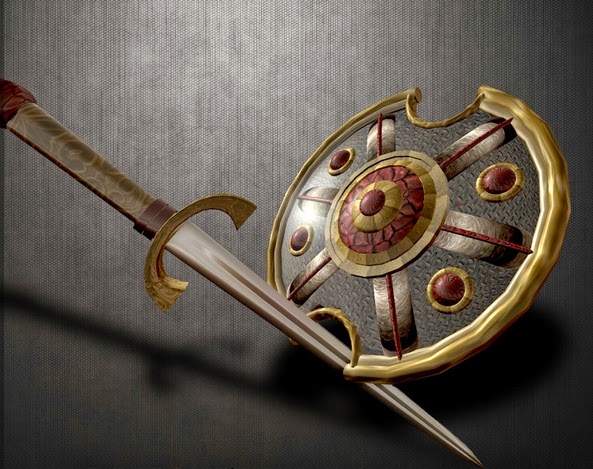 I remember in my early years as a Christian one particular song that had a certain phrase echoed “the battle belongs to the Lord”.

It was brought my mind to the situation that Moses and the Israelites were in as they left Egypt for Canaan. They stood before the Red Sea, a dead end and behind them the Egyptian army was approaching. They thought it was the end. They never knew they were in the midst of God’s plan, a prepared place for victory.

They thought they had lost their way in the wilderness but never knew that God had prepared the path for them experience his goodness. It’s the same today with people when they get into many troubles and difficult situations. The devil tries to make you believe that God has abandoned you because of your sin and shortcomings. So he tries to put people in a position for fight for themselves so that God can restore them. A lie to trap you into more problems.

A closer look at the story will reveal God’s true nature. The people murmured and complained against Moses, God’s chosen leader but God saw it as an opportunity to demonstrate His love and goodness. God assured Moses of a way out. Then Moses told the people;

Moses answered the people, “Do not be afraid. Stand firm and you will see the deliverance the LORD will bring you today. The Egyptians you see today you will never see again.( Exodus 14:13)

At the end of the day the Red sea parted, they walked across it and the Egyptians were drowned in it. They worries were past them because He was faithful to covenant.

In this New covenant God is still the same. He honours the covenant that He has with His son Jesus. The covenant is failure proof. God cannot abandon you because of your faults and shortcomings.

Another situation came up when Jehoshaphat faced a multitude of enemies. But instead of focusing on what he would do, he prayed, “O our God, will You not judge them? For we have no power against this great multitude that is coming against us; nor do we know what to do, but our eyes are upon You.” (2 Chronicles 20:12)

When we turn our eyes to God, we will hear Him say, “Do not be afraid nor dismayed because of this great multitude, for the battle is not yours, but God’s…You will not need to fight in this battle. Position yourselves, stand still and see the salvation of the Lord…” (2 Chronicles 20:15, 17)

“Therefore take up the whole armor of God, that you may be able to withstand in the evil day, AND HAVING DONE ALL, TO STAND.
14 STAND THEREFORE,  having girded your waist with truth…”

Standing still is the last thing people want to do when the enemy is coming against them. They feel that they must do something to merit and achieve the victory. It’s a very difficult thing to do because of the temptation of being labeled lazy and carefree. So we must try to save the situation. But God wants us to stand still and see Jesus our salvation fight for us.
Paul said our waist should be girded with the truth. When we stand, we must take our place in the truth about the situation. The truth is Jesus has already overcome the word for us.

We don’t fight for victory but from victory because the battle belongs to him and not us. He does the battle and we do the honours of celebrating the victory. We should stop the hassle of using our prayers and fasting to fight the battle. We are now more than conquerors in Him. Look at the situation in the face and declare your victory in Christ.

Our own fight is not dislodge the enemy to bring him down but to remain
rooted in the place of victory and His success. Our fight is to resist the enemy from taking us out of the place of rest.

Be like Jehoshaphat, who rested and trusted in His mercy that endures forever. That was what the singers who went ahead of the warriors sang. When you do that, God will turn your battlefield into the Valley of Berachah. Berachah means “blessings”. The children of Israel gave the battlefield this name because it took them three days to gather all the spoils of war! God turned their situation into a great blessing! (2 Chronicles 20:25–26)

Do you have a battle to fight? Stand still and see the salvation of the Lord! The spoils of war are for your testimony trophy self. I hope you have one?