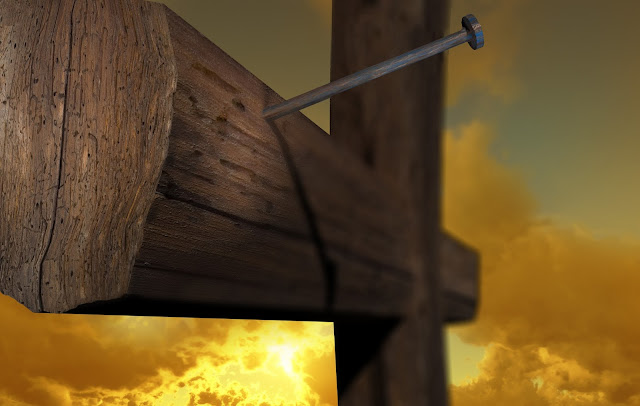 Somewhere down the line it seems we thought that God unconditionally loved man, but withheld His love when man fell. God then became angry, so furious, until Jesus bore His anger on the cross. How can this be? God IS LOVE and He is the same, yesterday, today, and forever more.
Is this true? What really happened in the garden? If we can see the revelation of this through the lens of grace, it will eliminate the religious clog that has imbedded in our minds. After Adam partook of the tree of conscience, what did God do? He came in the cool of the evening to be with Adam, as He usually did. Where was Adam and Eve? Hiding because they were ashamed!
Adam’s perception of God became twisted. That perception was passed down through the ages in the Old testament as we have certain verses depict a God always venting in anger towards the sight of man. God still loved Adam, and came to him for their time of fellowship, yet Adam’s perception of God became “twisted”. He started seeing God as a hard person, judging him, a person who hated him. This is much like the man who hid his talent in the groud. Adam’s shame and guilt caused him to try to hide from God.
Adam thought of himself as a person who needed to pay for his mistakes. He now thought he had to earn God’s goodness. Things were no longer free, and he became a debtor. He saw himself as an object of God’s wrath. That is why whenever we find ourselves with a debt we cannot pay, condemnation and guilt are sure to follow. God had to satisfy Adam’s sense of justice. It was Adam who was obligated, and wanted to pay. His guilt drove him and Adam would always be looking for a way to pay a debt he could never pay. Adam’s sense of justice was to pay out of guilt.
True forgiveness demands nothing. God freely gave His son, and He never expected anything in return. He didn’t give us His son in exchange for something for us like our lives or our family. That would not be forgiveness at all.
Sin demands that you make a payment. So God allowed man to have a religion, a system of law for man to “try to make right” his relationship with God. He allowed this because he knew man would find out that life is only found in Him.  There are many people have a poor image of themselves, because of their concerns and view of their beginning. Their identity crisis could be linked to who their parents were, if they were rejected, abandoned, orphaned, abused or any other occurrence of life.
These things can leave a mark in our lives, which along with a wrong belief of God and His eternal love, can cause religious scar tissue in their minds. If we see God as one who doesn’t trust us and can suddenly switch from unconditional love to conditional love then that can put us to the rough test, to see if we qualify for His blessings. I can this “beautiful nonsense”.
Scriptures say that perfect love cast out fear, because fear has torment! Perfect love is God’s eternal, unconditional love and acceptance of us. When we feel unloved by God because of our imperfect behaviour, it is a “wrong believing” scar tissue flares up and tries to draw us back to a conditional view of God’s love.
It is here, where we find ourselves by returning to the law again, trying to appease God or fix things in our own effort. That is not His love, His love continually and gently leads us to His rest, no conditions, no strings attached, no obligation. God has always loved us, and because God so loved the world; (He is the same yesterday, today, and forevermore),
God was in Christ reconciling the world even when it was stained in and in sin to Himself. This is how it is captured Ephesians 1:4 (Mirror)
“He associated us in Christ before the fall of the world! Jesus is God’s mind made up about us! He always knew in His love that He would present us again face-to-face before Him in blameless innocence.”
I believe an understanding of God’s unconditional love from the beginning, is vital for us to be established, strengthened, and settled in this gospel of grace. It also helps us to understand the height, depth, length and breadth of God’s love for us, filling us with all the fullness of God. This is a state where the supernatural becomes a reality.
I love the way 2 Cor. 9:8 is stated this glorious truth in the Mirror translation;
“It is impossible to exaggerate the dimensions and detail of the grace of God! Plunge into the extravagance of
grace where He exhibits the extreme dynamics of His bountiful dealings with us! We are already advantaged
far beyond any calculation of personal merit to be totally self sufficient at all times in every possible situation that we might face!
The overflow thereof amply supplies the needs of others in many creative ways to do good!”
Now that is unconditional love! That is the goodnews.