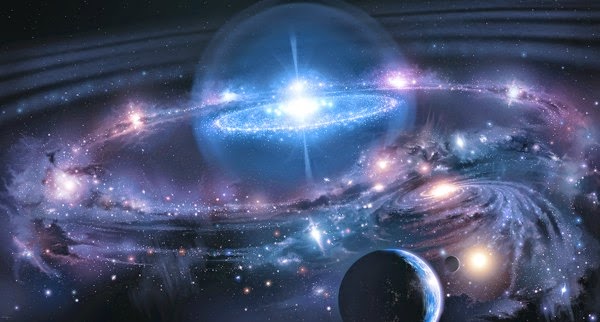 Matthew 5:17-18 (NKJV) “Do not think that I came to destroy the Law or the Prophets. I did not come to destroy but to fulfill. 18 “For assuredly, I say to you, till heaven and earth pass away, one jot or one tittle will by no means pass from the law till all is fulfilled.

In this statement by Jesus We see here that the Law and Heaven and Earth are connected – when one passes, they both pass.
Jesus said, “Do not think that I came to destroy the Law or the Prophets. I did not come to destroy but fulfill” – The use of the terms “the law” and “the prophets” indicates that what the Lord is speaking of in these verses is the whole of the Old Testament. If you trace these terms through your Bible, you will find that wherever this expression is used it includes the entire Old Testament:
Luke 24:44 (NKJV) Then He said to them, “These are the words which I spoke to you while I was still with you, that all things must be fulfilled which were written in the Law of Moses and the Prophets and the Psalms concerning Me.”
The “law of Moses”, “the prophets”, and “the psalms” speak of the entirety of the Old Testament. The Old Testament is composed of these three elements.
The phrase “till heaven and earth pass away” refers to the duration of the whole Old Testament’s authority. So, Jesus is saying that not a single item of the Law – the Old Testament will ever be changed until heaven and earth pass away. Is that what Jesus said? Sure!
Let’s see verse 18 using several other translations to make sure that we understand what is being said:
Matthew 5:18 (NIV) I tell you the truth, until heaven and earth disappear, not the smallest letter, not the least stroke of a pen, will by any means disappear from the Law until everything is accomplished.
Jesus says here that until heaven and earth disappear, not one bit of the law will disappear until it is all accomplished. Is that what it says?
Now let’s look again at this scripture from various translations:
Matthew 5:18 (DNT) For verily I say unto you, Until the heaven and the earth pass away, one iota or one tittle shall in no wise pass from the law till all come to pass.
Matthew 5:18 (GWT) I can guarantee this truth: Until the earth and the heavens disappear, neither a period nor a comma will disappear from Moses’ Teachings before everything has come true.
Matthew 5:18 (NCV) I tell you the truth, nothing will disappear from the law until heaven and earth are gone. Not even the smallest letter or the smallest part of a letter will be lost until everything has happened.
Jesus said that he didn’t come to destroy the law but to fulfill it. What does it mean to fulfill the law? The word “fulfill” is from the Greek word pleroo. It simply refers to prophecy being fulfilled or coming to pass. The law, which we read in the Old Testament and everything that has been said by the prophets, was going to “come to pass” down to the very last detail. And until it was all fulfilled, it was binding on the people.
Matthew 5:18 (NASB) “For truly I say to you, until heaven and earth pass away, not the smallest letter or stroke shall pass away from the Law, until all is accomplished.
None of the law was to pass away until it was ALL accomplished. All of the law being accomplished would include all of the Old Testament prophecies being fulfilled. Would it not? All of the prophetic scriptures had to be fulfilled. This included the prophecies of the New Heaven and Earth. The New Covenant is always associated with a New Age. The Old Covenant is also known as the Mosaic age.This new age would not come about until all that the prophets had spoken was fulfilled.
This puts the 1st century as living in a transition period between both the New and Old covenants. The anticipated a glory that would appear at the unveiling and establishment of God’s kingdom on earth.

Isaiah 65:17 (NKJV) “For behold, I create new heavens and a new earth; And the former shall not be remembered or come to mind.”
Jesus said that “all” the law had to be fulfilled. This would not only include all prophecy but it would include all the legal requirements of the law. The penal aspects of the law would have to be fulfilled before it could pass away. It was fulfilled in Jesus when He became our sin on the cross.
Zechariah 11:10-11 (NKJV) And I took my staff, Beauty, and cut it in two, that I might break the covenant which I had made with all the peoples. 11 So it was broken on that day. Thus the poor of the flock, who were watching me, knew that it was the word of the LORD.
Malachi 3 (NKJV) “Behold, I send My messenger, And he will prepare the way before Me. And the Lord, whom you seek, Will suddenly come to His temple, Even the Messenger of the covenant, In whom you delight. Behold, He is coming,” Says the LORD of hosts. 2 “But who can endure the day of His coming? And who can stand when He appears? For He is like a refiner’s fire And like launderer’s soap. 3 He will sit as a refiner and a purifier of silver; He will purify the sons of Levi, And purge them as gold and silver, That they may offer to the LORD An offering in righteousness.
Malachi 4:1 (NKJV) “For behold, the day is coming, Burning like an oven, And all the proud, yes, all who do wickedly will be stubble. And the day which is coming shall burn them up,” Says the LORD of hosts, “That will leave them neither root nor branch.
Malachi is talking about Jesus coming as the enforcer of the punitive elements of the Old Covenant because of the sin of the people.
Malachi 3:5 (NKJV) And I will come near you for judgment; I will be a swift witness Against sorcerers, Against adulterers, Against perjurers, Against those who exploit wage earners and widows and orphans, And against those who turn away an alien; Because they do not fear Me,” Says the LORD of hosts.
In Deut. 28-30 we have the law of blessings and cursing. IF you obey, life will be good. If you break my covenant, I will judge you. Israel broke the covenant as we have seen; and because they broke the covenant, God was going to judge them: that was the agreement he had with them.
Leviticus 26:25 (NKJV) And I will bring a sword against you that will execute the vengeance of the covenant; when you are gathered together within your cities I will send pestilence among you; and you shall be delivered into the hand of the enemy.
There were punitive elements of the Old Covenant which were said to take place at the coming of the Lord in Malachi 3. These punitive aspects of the “Law” had to come to pass before the law or heaven and earth could pass away. If a law passes away, then the punitive elements of the law are no longer binding. Speaking to physical Israel God said:
Luke 21:20-24 (NKJV) “But when you see Jerusalem surrounded by armies, then know that its desolation is near. 21 “Then let those who are in Judea flee to the mountains, let those who are in the midst of her depart, and let not those who are in the country enter her. 22 “For these are the days of vengeance, that all things which are written may be fulfilled.
Luke tells us here that ALL things which are written will be fulfilled in the destruction of Jerusalem. What does he mean by that? “All things which are written,” refers to the Old Covenant. The Old Covenant was to be fulfilled in the destruction of Jerusalem which was heaven and earth passing away. Daniel wrote about this same issue:
Daniel 9:24 (NKJV) “Seventy weeks are determined For your people and for your holy city, To finish the transgression, To make an end of sins, To make reconciliation for iniquity, To bring in everlasting righteousness, To seal up vision and prophecy, And to anoint the Most Holy.”
Daniel was told that 70 weeks had been determined on his people Israel, and city Jerusalem. At the close of that prophetic time period, God promised that six things would be accomplished. One of the things that Daniel was told would happen by the end of that period was that God would “seal up vision and prophecy”. The Hebrew commentaries are in agreement on the meaning of to “seal up vision and prophecy” — they say it means the end and complete fulfillment of all prophecy.

Daniel’s prophecy, then, tells of the time when all prophecy would cease to be given, and what had been given would be fulfilled. When would this be? Daniel’s vision ends with the destruction of Jerusalem which we know occurred in 70 AD:
Daniel 9:26 (NKJV) “And after the sixty-two weeks Messiah shall be cut off, but not for Himself; And the people of the prince who is to come Shall destroy the city and the sanctuary. The end of it shall be with a flood, And till the end of the war desolations are determined.
The entire world of the Jews passed away when the entire system of the Old Covenant was destroyed by the Romans giving room for a heaven and earth that will be under the New Covenant of grace. This is where we live in.