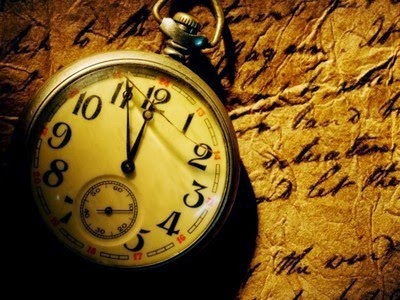 Many theologians, bible scholars, and preachers quote passages from the Old Testament, and from Revelation in support of their present day one world order and anti-Christ theories. It certain looks interesting, if you haven’t already noticed, that Revelations begins and ends with a note of imminence that is generally overlooked or explained away, especially today. Imagine someone would explain that it is near means the nearness could be up to a thousand years. We have ended up stretching the imminence over two thousand years to our time. Why? We just believe prophecies must be fulfilled in our time.
That note of imminence is the key to a proper interpretation of the prophecy, and once understood and accepted, actually allows the fulfillment of events written of in Revelation, to remain in their proper time frame, namely, the first century.
Revelation is a highly descriptive, symbolical, expanded version of Matthew 24, Mark 13, and Luke 21, which prophesied events, as is generally known ,and accepted, were to occur before the passing of the first century generation. And so the book of Revelation gives us the very same time limitations. For instance, in the very first verse we read, “The revelation of Jesus Christ, which God gave him to show his servants what must soon take place” (Rev.1:1), and then in a following verse we read, “blessed is the one who reads the words of this prophecy, and blessed are those who hear it and take to heart what is written in it, because the time is near.” (Rev.1:3)
In the event that we are inclined to think that the time limitations apply to only a part of Revelation, we need to go to the last chapter of the book and read, “Do not seal up the words of the prophecy of this book because the time is near.” (Rev.22:10). Notice the words “this book” and “the time is near” in that verse? That means all the prophecies in this book (Revelation), not just part of them were about to be fulfilled.
In Jesus Mount of Olives prophetic discourse, events mentioned, like, world plagues, severe natural disasters, family members turning against one another, wars and rumors of wars, had a time limitation set on them as well, namely, the existing generation of the first century, and Jesus clarified this when he emphatically stated, “I tell you the truth, this generation will certainly not pass away until all these things have happened.” (Mt.24:34, Mk.13:30, Lk.21:32).
All “these things” had a particular and specific application within a particular and specific time frame, namely, before the passing of that first century generation, and in spite of there having been many events-similar to those that occurred in the first century- happen even in our time, does in no way negate this truth, nor does it leave prophecy unfulfilled and extended into our time.
Let us stop declaring this already fulfilled prophecy about Israel upon our generation. Jesus is the sure word of prophecy for this generation. No matter the darkness around us it is the light of gospel that should shine speaking from the mercy seat and not from from the judgment seat.