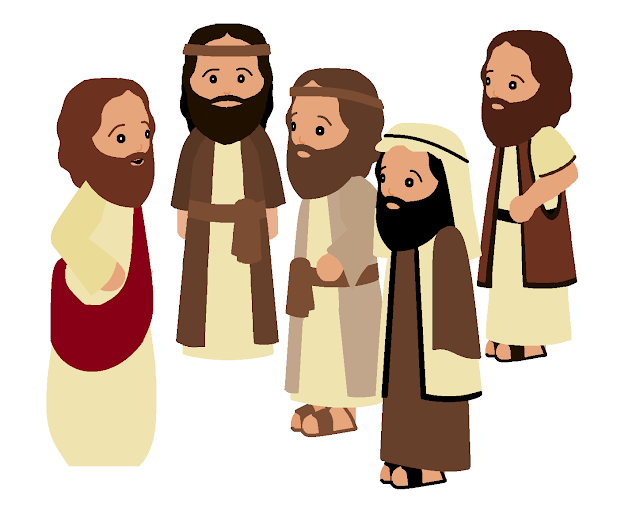 In Jesus open confrontation with the Jewish leaders he gave them a Parable known as The Parable of the Wedding Feast in Matthew 22.

This invitation was when the gospel was first preached to the Jews. They excused themselves out of that invitation by going back to what defined them in terms of their labour. Noticed the excuse they gave;

“5 But they made light of it and went their ways, one to his own farm, another to his business. “
But it didn’t end there upon their refusal, they still persecuted and killed those sent by the Lord. This is why the disciples and Apostles of the 1st century were persecuted and martryred. They saw them preach a message that made nonsense of their identity based on the Mosaic laws. It was a declaration of the end of Old covenant age.

What was the verdict?

7 But when the king heard about it, he was furious. And he sent out his armies, destroyed those murderers, and burned up their city. (Matthew 22:7)

Jesus continued to warn them of a coming judgement because of their rejection of the Messiah. It is clear that the reference here is to Jerusalem’s destruction in AD 70.

After this open confrontation and rebuke Jesus left the temple and his disciples followed him to question him on all he had uttered to their greatest shock.

The conversation of Matthew 24 took place at the Mount Olives. The Mount of Olives was just east of Jerusalem across the Kidron Valley. It is about a mile in length and about 700 feet in height, and overlooks Jerusalem. At its top almost every part of the city could be seen. It was from Jerusalem about a Sabbath day’s journey.

According to Mark 13:3, the questions were asked by Peter, James, John, and Andrew.

Matthew and Mark say they came “privately. Their question was two-fold. First they ask, “when will these things be?”

All three of the synoptic gospels ask, “when.”

3 Now as He sat on the Mount of Olives, the disciples came to Him privately, saying, “Tell us, when will these things be? And what will be the sign of Your coming, and of the end of the age?” (Matthew 24:3 )

So they asked Him, saying, “Teacher, but when will these things be? And what sign will there be when these things are about to take place?” (Luke 21:7)

The “these things” asked by the disciples refers to the temple’s destruction in verse 2 of Matthew 24. Remember that in verse 1 the disciples pointed out the temple buildings to Jesus. In verse 2, Jesus says, “All’ these things’ shall be destroyed.”

It is very obvious that they are asking, “WHEN will the temple be destroyed? When will our house be left desolate?”

The second part of their question is,” What will be the sign of your coming and the end of the age.” To help us understand the question, look and compare all three synoptic gospels as stated above.

Comparing all three accounts has shown us that the disciples considered His “coming” and “the end of the age” to be matching events with the destruction of the temple. At no time would they have ejected about the end of the physical planet into this long discourse. It is simply an unrelated matter.

Have a closer look at Mark’s account
“Tell us, when will these things be? And what will be the sign when all these things will be fulfilled?” Mark 13:4 (NKJV)

Notice in the first part of the verse he says, “When will these things be?” — referring to the temples’ destruction. Then in the second half, he asks, “What will be the sign when all ‘these things’ will be fulfilled?”

The sign of His coming and the end of age was the same as the “these things,” which referred to the destruction of Jerusalem in the year AD 70. These are not separate events that can be divided up and separated over a 2,000 years gap.

They associated the destruction of the glorious Jewish temple with His coming.

Interestingly The Greek word for “coming” is parousia, which means arrival, not return. The disciples could not have been asking about a future return of Christ, because they had no idea that he was even leaving. They believed that Jesus was the promised Messiah. Their concept of the Messiah did not involve him dying and resurrecting.

They believed that Messiah would come and rule, they had no idea of Him coming, then leaving, then coming again. If anything would sufface in their mind was their waiting for him to arise and sit on his throne.

The people answered Him, “We have heard from the law that the Christ (Messiah) remains forever; and how can You say, ‘The Son of Man must be lifted up’? Who is this Son of Man?”

This written account in John takes place after the Olivet discourse with his disciples and they still didn’t understand that He was leaving them.

Even after the crucifixion, they still didn’t understand that Jesus was going to rise from the dead.
Then the other disciple, who came to the tomb first, went in also; and he saw and believed. 9 For as yet they did not know the Scripture, that He must rise again from the dead. – John 20:8-9

There were a lot of things that they did not understand as at the time they were living with Jesus in his flesh. It’s easy for us to conclude on a lot of things looking at the backend. Just like we know that God wasn’t the one who took away all of Job’s properties but Job didn’t know at that time.

So If they had no idea that Jesus was going to leave them, why would they ask Him about His return?” They didn’t understand anything about a second coming.

This is why understanding the Jewish concept of the parousia is key. As I stated above the word means arrival or presence, and not return. It didn’t refer to any future return of Christ.

To the disciples the “parousia” of the son of man signified the full manifestation of His Messiahship; His glorious appearing in power. Bible scholars have noted that the word parousia is a regular word used for the arrival of a governor into his province or for the coming of a king to his subjects. It regularly describes a coming in authority and in power.”

They were familiar with the prophecies of Daniel concerning the arrival of one known as the son of man who would receive an eternal kingdom. They heard Jesus speak of His coming in His kingdom, coming in His glory and power, and that within their lifetime.

For the Son of Man will come in the glory of His Father with His angels, and then He will reward each according to his works. 28 “Assuredly, I say to you, there are some standing here who shall not taste death till they see the Son of Man coming in His kingdom.” – Matthew 16:27-28
“I was watching in the night visions,
And behold, One like the Son of Man,
Coming with the clouds of heaven!
He came to the Ancient of Days,
And they brought Him near before Him.
14 Then to Him was given dominion and glory and a kingdom,
That all peoples, nations, and languages should serve Him.
His dominion is an everlasting dominion,
Which shall not pass away,
And His kingdom the one
Which shall not be destroyed. – Daniel 7:13-14

They didn’t know he was leaving, but they looked for a time when he would appear in full glory and power bringing in the Kingdom and rewarding every man.

What Jesus was about to give them was the dynamics for the glorious manifestation of the Messiah that would see the judgment of that old temple that could not unite God and man. That temple only produced death and separation and it was time for it to be rolled away as it had outlived its usefulness.