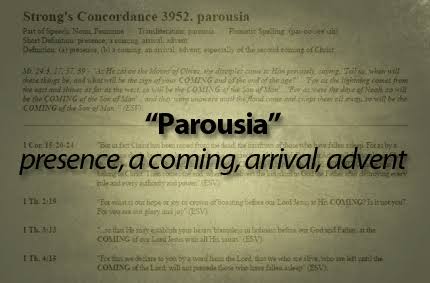 Like we stated in the previous series the disciples were accustomed to hearing Jesus speak of His coming in His kingdom, coming in His glory and power within their lifetime.