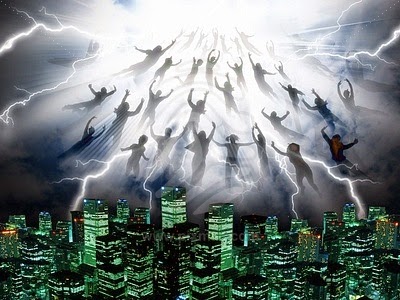 From my study of Church history, I discovered that the majority of Bible teachers and scholars shared a similar view of the endtimes. Today we have different scholars teaching differing views. It is noted from AD 30 to the 1500s, the majority of the Church had an optimistic view of the future—that the Kingdom of God was growing in the earth and will continue to do so until the final return of Christ.

The fragmentation of different viewpoints began in the reformation of the 1500s. This eventually led to the modern Church believing in:

Before the 1500s, none of these three points were understood the way that they are taught today. Our popular endtime theology is actually modern view. It started when in the early 1500s, Martin Luther railed against the Roman Catholic Church, and in his passion, he called her the Whore of Babylon and the Beast. To counter his argument , in 1585 a Jesuit priest by the name of Francisco Ribera published a 500-page work that placed Daniel 9:24-27, Matthew 24, and Revelation 4-19 in the distant future.

This was the first publication on this it became the foundation of many modern end-time views. Though Ribera’s new view did not gain popularity until 1826, when Samuel Maitland, librarian to the Archbishop of Canterbury, rediscovered Ribera’s forgotten manuscript and published it for the sake of public interest and curiosity.

This work was discovered by John Darby. John Darby and his contemporary, Edward Irving, were extremely vocal about their new theology of the endtimes and this attracted many followers of whom was C.I. Scofield, C.I. Scofield later published these concepts in his renowned Scofield Reference Bible.

The Scofield Bible was the most popular of its time because it was one of the earliest Bibles to contain a full commentary. It quickly became a standard in most seminaries. In 1948 Latter Rain movement, disagreed with the Scofield Reference Bible’s claims that the spiritual gifts had ceased. The Pentecostals pushed back against these portions of the commentary because of the increasing manifestations of the gifts of the spirit, but still accepted Ribera’s end-time teachings without realizing it.

In 1961, Finis Dake published the Dake’s Annotated Reference Bible, which continued to promote the same Darbyism as the Scofield Bible as well as and the Ryrie and MacArthur Study Bibles.

The following quotes are commentary from various old generation church leaders on Matthew 24:34, the summary verse where Jesus says to His disciples: “Truly I tell you, this generation will certainly not pass away until all these things have happened”:
Clement (150-220 AD): “And in like manner He spoke in plain words the things that were straightway to happen, which we can now see with our eyes, in order that the accomplishment might be among those to whom the word was spoken.”

Eusebius (263-339 AD): “And when those that believed in Christ had come thither [out] from Jerusalem [in obedience to Matthew 24:15-16], then, as if the royal city of the Jews and the whole land of Judea were entirely destitute of holy men, the judgment of God at length overtook those who had committed such outrages against Christ and his apostles, and totally destroyed that generation of impious men (Proof of the Gospel, Book III, Ch. 5)… [When] the lamentation and wailing that was predicted for the Jews, and the burning of the Temple and its utter desolation, can also be seen even now to have occurred according to the prediction, surely we must also agree that the King who was prophesied, the Christ of God, has come, since the signs of His coming have been shewn in each instance I have treated to have been clearly fulfilled” (Proof of the Gospel, Book VIII).

John Calvin (1509-1564): “This prophecy does not relate to evils that are distant, and which posterity will see after the lapse of many centuries, but which are now hanging over you, and ready to fall in one mass, so that there is no part of it which the present generation [in Jesus’ time] will not experience.”

John Wesley (1754): “The expression implies that great part of that generation would be passed away, but not the whole. Just so it was; for the city and temple were destroyed thirty-nine or forty years after.”

Adam Clarke (1837): “It is literally true in reference to the destruction of Jerusalem. John probably lived to see these things come to pass; compare Matthew 16:28, with John 21:22; and there were some rabbins alive at the time when Christ spoke these words who lived till the city was destroyed, viz. Rabban Simeon, who perished with the city; R. Jochanan ben Zaccai, who outlived it; R. Zadoch, R. Ismael, and others.”

Charles Spurgeon (1868): “The King left his followers in no doubt as to when these things should happen: ‘Verily I say unto you, this generation shall not pass till all these things be fulfilled.’ It was just about the ordinary limit of a generation when the Roman armies compassed Jerusalem, whose measure of iniquity was then full, and overflowed in misery, agony, distress, and bloodshed such as the world never saw before or since. Jesus was a true Prophet; everything that he foretold was literally fulfilled.”

I also believe in the advancement of the kingdom bringing all the enemies of God to kneel as a result of the finished work of Jesus. It will keep getting better. The glory of the Lord will cover the earth like the waters cover the sea. The greater glory that will achieve that is the one of the new covenant which is poised for the revelation of the Father’s goodness until the nations of the earth be blessed.