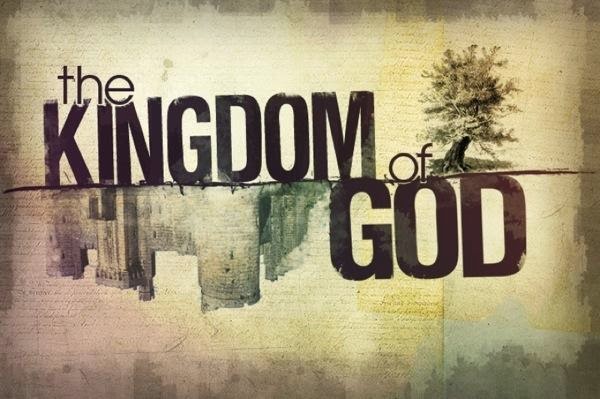 For a long time the church has framed its calender in God’s program over the nation of Israel instead of God’s kingdom. We have judged the activities of the hour based on what is happening to the Jews. Don’t get me wrong. I don’t like the killings and I am not against Israel just the same way I want all people to be reconciled to Jesus. We lost focus on spreading the kingdom of God that stepped into our humanity making both Jew and Gentile a new man.
Ephesians 2:14-16:For he himself is our peace, who has made the two groups one and has destroyed the barrier, the dividing wall of hostility, 15 by setting aside in his flesh the law with its commands and regulations. His purpose was to create in himself one new humanity out of the two, thus making peace,
The scriptures ended with the prophecy that brought an end to the Mosaic age that was governed the Jewish world. The Sun, Moon and Stars dropped down and it all came to an end in 70AD, forty years after Jesus died. That was the fulfillment of Matthew 24, Luke 21 and the book of Revelation.
The destruction of the temple and nation brought about the establishment of a new people (the Israel of faith which includes the Jews and Gentiles) and installing of God’s kingdom on earth. So what is the devil’s strategy against the spread of the kingdom?
Keep them distracted. Make them jealous to be a natural Jew. Keep them expecting the kingdom and fearfully look for the Antichrist. Make them loose hope to want the world to end.
Dear friends, let us wake to righteousness. Peter said in 2 Peter 3:13 But in keeping with his promise we are looking forward to a new heaven and a new earth, where righteousness dwells.
This has been fulfilled when the old heaven and earth was destroyed in 70AD and the new one took over as stated in Revelation  21
1 And I saw a new heaven and a new earth: for the first heaven and the first earth were passed away; and there was no more sea.
2 And I John saw the holy city, new Jerusalem, coming down from God out of heaven, prepared as a bride adorned for her husband.
3 And I heard a great voice out of heaven saying, Behold, the tabernacle of God is with men, and he will dwell with them, and they shall be his people, and God himself shall be with them, and be their God.
5 And he that sat upon the throne said, Behold, I make all things new. And he said unto me, Write: for these words are true and faithful.
The Hebrews writer said in Hebrews 8:8 For finding fault with them, he saith, Behold, the days come, saith the Lord, when I will make a new covenant with the house of Israel and with the house of Judah:
9 Not according to the covenant that I made with their fathers in the day when I took them by the hand to lead them out of the land of Egypt; because they continued not in my covenant, and I regarded them not, saith the Lord.
10 For this is the covenant that I will make with the house of Israel after those days, saith the Lord; I will put my laws into their mind, and write them in their hearts: and I will be to them a God, and they shall be to me a people:
13 In that he saith, A new covenant, he hath made the first old. Now that which decayeth and waxeth old is ready to vanish away.
Daniel 2:4444 “In the time of those kings, the God of heaven will set up a kingdom that will never be destroyed, nor will it be left to another people. It will crush all those kingdoms and bring them to an end, but it will itself endure forever.
Let us make our effort to make use of our title deed to this inheritance that we have in Him which is our faith. Faith can only being developed in the revelation of this new covenant will positions us to enjoy the kingdom realities that is based on the covenant of His grace. Keep your eyes on Jesus the author and perfecter of our faith.