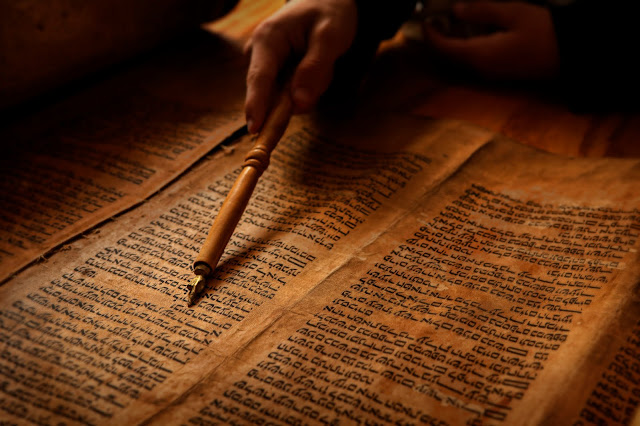 Many have made this prophecy to fit in trying to justify a manifestation of the Anti-christ. The theme of the scripture has always been Jesus and his finished work.  Daniel 9:24 “Seventy weeks are determined upon thy people and upon thy holy city, to withhold the transgression, and to make an end of sin, and to make atonement for iniquity, and to bring everlasting righteousness, and to seal up vision and prophets, and to anoint the most Holy.Seventy weeks = 490 years.
9:25 “Know therefore and understand, that from the going forth of the commandment to restore and to build Jerusalem unto the Messiah the Prince shall be seven weeks, and sixty- two weeks: the street shall be built again, and the wall, even in troublous times.”Jesus Christ = Messiah the Prince
9:26 “And after sixty-two weeks shall Messiah be cut off, but not for himself: and the people of the prince that shall come shall destroy the city and the sanctuary; and the end thereof shall be with a flood, and unto the end of the war desolations are determined.”
Titus and his Roman legions = “the people of the prince”. They are God’s sovereign messengers of recompensement. They brought salvation for the righteous, and punishment for the wicked.
Jesus prophesied the desolation and justice for the Martyrs in Matthew 23.
In Matthew 24:15 Jesus referred to the last verse in this passage from Daniel 9.So when you see standing in the holy place “the abomination that causes desolation,” spoken of through the prophet Daniel—let the reader understand—then let those who are in Judea flee to the mountains (Matthew 24:15).
9:27 And he shall confirm the covenant with the many during one week: and in the midst of the week he shall stop the sacrifice and the grain offerings, and for the overspreading of abominations he shall make it desolate, even until the consummation, and that determined shall be poured upon the desolate.
This prophecy shows exactly when the Messiah will show up (AD 27), that the Messiah will die, and that He will end the sacrificial system halfway through the last seven years of the 490 years. Jesus did this by His death on the cross exactly three and a half years after AD 27.
We see that Jesus Christ confirms the New Covenant with the many in Matt 26:28.He brings an end to Old Covenant sacrifices once and for all when He died on the Cross for our sins during the middle of the 70th week of Daniel.
Hebrews 7:27 fulfills the stopping of the sacrifice and grain offerings of Daniel 9:27. “who does not need daily, as those high priests, to offer up sacrifices, first for His own sins and then for the people’s, for this He did once for all when He offered up Himself.”
As Matthew Henry wrote and commented about the Daniel Prophecy  “It contains amazing predictions of Jesus’ arrival, death, the end of sacrifice and the confirming of the New Covenant. Yet it also contains the predicted destruction of Jerusalem. It is imperative that the modern Church teaches believers about the 70AD destruction, as it is literally a predicted part of the Messianic Gospel of Jesus Christ. Although it is unpleasant, this is not a good reason to avoid teaching it, obviously the Cross of Christ was an unpleasant scene, yet every good preacher keeps it central to his message.”

See below a pictorial of the timeline of the prophecy: 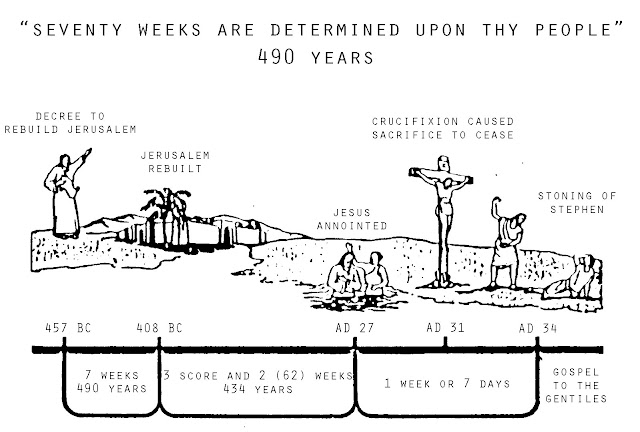