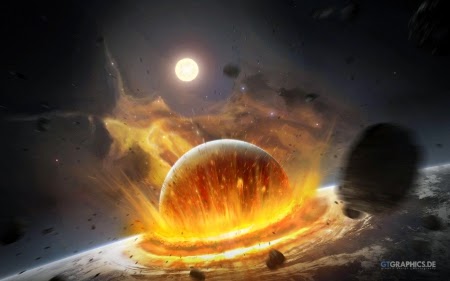 In Isaiah 51:15-16 Jehovah, speaking to Israel, said he gave them the Mosaic Covenant,
But I am the LORD your God,
Who divided the sea whose waves roared—
The LORD of hosts is His name.
16 And I have put My words in your mouth;
I have covered you with the shadow of My hand,
That I may plant the heavens,
Lay the foundations of the earth,
And say to Zion, ‘You are My people.’”
(The NIV doesn’t capture it well. Check out almost any other translation.)
God said he gave Israel his law to establish “heaven and earth.” This cannot be the physical “heaven and earth;” that was in existence long before God gave the law to Israel. God was saying that he gave His law to Israel to establish their “world.”
Is it strange to see then that when Jesus said “until heaven and earth pass, not one jot or one tittle shall pass from the law, until all be fulfilled” that what he was saying was that Israel’s world had to pass away? He was not speaking about physical heaven and earth passing.
In Matthew 24 Jesus predicted the destruction of the Jerusalem Temple, the very center of the Jewish world. Referring to the passing of that system, and in direct contrast to his world that was to be established, Jesus said “heaven and earth shall pass away, but my word shall not pass away,” Matthew 24:35. You see, one world was to pass, the Old World of Law; and a New World was to be created, the World of grace and His kingdom. It will never pass away for it is forever and ever.
Hebrews 12:25ff spoke of the passing of the “heaven and earth” so that the unshakable kingdom might remain. It says they were at that time
“receiving a kingdom that cannot be shaken,” vs. 28. Since the heaven and earth were to be shaken/removed so that the unshakable could remain, and since they were at that time receiving the unshakable kingdom, it follows that the “heavens and earth”
was being removed at that time. Again, not physical heaven and earth, but the Old World of Israel, created and sustained by the Law was about to be completely destroyed when Jerusalem and the Temple fell in 70 AD.
We are not just in this new world of grace but we are to live by the words of Jesus Christ, which will never pass away. Jesus brought in the New Covenant, which is an everlasting covenant. The old is passed away, and we live in the New Covenant age.
I would like end by stating what my beloved friend Simon Yap commented in his blog on the same subject matter, http://hischarisisenough.wordpress.com.
“Dear friends, that is how Jesus became the end of the Law. Now we live in a new heaven and new earth. The heaven is us, the new temple of God, the earth is the Kingdom of God on this earth, while we await his glorious return to transform us and bring us back to his Father’s house.”