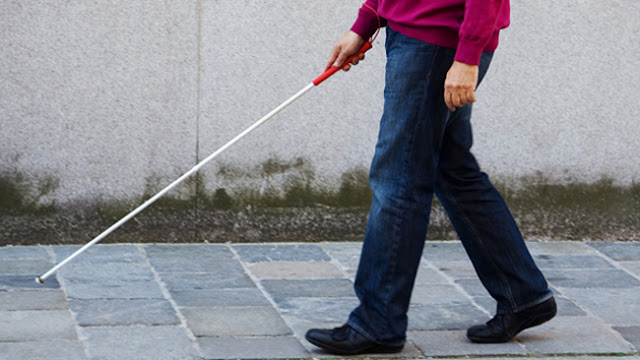 25 For I do not desire, brethren, that you should be ignorant of this mystery, lest you should be wise in your own opinion, that blindness in part has happened to Israel until the fullness of the Gentiles has come in. (NKJV)
Romans 11:26
25 I do not want you to be ignorant of this mystery, brothers and sisters, so that you may not be conceited: Israel has experienced a hardening in part until the full number of the Gentiles has come in (NIV)
It is common to hear from those who preach dispensationalism that Israel missed out of God and they were partially blind until the endtimes when the Jews would have the blindness taken away. By then it would be too late as the Antichrist would have assumed his seat in the rebuilt temple and the church raptured. This would result in death of Jews in the future as the vengeance of God would strike them and people all over the earth.
This teaching has it foundation in how the above scripture in interpreted from how it is rendered in the English.
I want to share with you from my research and study that Paul has a different thing in all together.
Did Paul really speak Jews being restored in the future?
It is would interest us first to understand the essence of the book of Romans. The book written by Paul is help clarify how the righteousness that comes Christ finished work has broken down every point of separation from the Jew and the Gentile. He recognizes that the gospel was first proclaimed to the Jew first but they had not advantage over the gentile in the new testament administration.
He says this
28 A person is not a Jew who is one only outwardly, nor is circumcision merely outward and physical. 29 No, a person is a Jew who is one inwardly; and circumcision is circumcision of the heart, by the Spirit, not by the written code. Such a person’s praise is not from other people, but from God.(Romans 2)
In chapter 11 Paul explains how the mystery of God is manifest. First an elect was saved from the entire Jewish nation as seen in past judgments in the Old Testament. God had always reserved a remnant to build from a new line from. In happened in Noah’s time, Moses, Elijah, the first destruction of Jerusalem (in 586BC) and others.
He tells them in vs 25
25 I do not want you to be ignorant of this mystery, brothers and sisters, so that you may not be conceited
What is the mystery?
In Ephesians 3 Paul unfolds in detail this mystery:
For this reason I, Paul, the prisoner of Christ Jesus for the sake of you Gentiles—
2 Surely you have heard about the administration of God’s grace that was given to me for you, 3 that is, the mystery made known to me by revelation, as I have already written briefly. 4 In reading this, then, you will be able to understand my insight into the mystery of Christ, 5 which was not made known to people in other generations as it has now been revealed by the Spirit to God’s holy apostles and prophets. 6 This mystery is that through THE GOSPEL THE GENTILES ARE HEIRS TOGETHER WITH ISRAEL, members together of one body, and sharers together in the promise in Christ Jesus. (NIV)
Both sets of people, Jew and Gentile, are now in one body. In Christ we both have access to the Father. This is the mystery; Jew and Gentile are one in Christ, the last Adam. This is the new creation, which is the mystery unveiled now. Paul had earlier explained this is analogy about the olive tree. Jews and Gentiles were grafted into the SAME tree, sharing the same root.
He states “so that you may not be conceited“Why does he say this? This is because neither is better than the other both of them stand by grace in the same body. No one was qualified by their works and so pride should not come.
Then comes the controversial part;
“Israel has experienced a hardening in part” (NIV)
“That a partial hardening has happened to Israel”(NASB)
The word “partial” which from the greek word “meros” means a division, a part of. It is not possible to experience blindness in part or a division. If Israel was partially blind then it means they would see the truth in parts. If they did then they would have embraced the gospel and still hung to the law. Many of them would not have perished in the calamity that befell that nation in ad70.
The most intriguing thing here is that the word “part” or “partial” depending on which version you use is an adverb and it modifies “has happened,” not hardening.
In proper terms it should read, “A hardening has happened in part to Israel.”
Paul was not referring to partial hardening but that it has happened to part of Israel.
The remnant he spoke about in the previous verse is not hardened. This is he explains in:
What then? What Israel is seeking, it has not obtained, but those who were chosen obtained it, and the rest were hardened; (Romans 11:7 NASB)
Notice that the “elect” obtained it, and the rest, which is Israel, were hardened. The majority part of Israel is hardened, and that recalls what Jesus said “Many are called but few are chosen”
If you look at the time context he explains:
So too, at the present time there is a remnant chosen by grace. 6 And if by grace, then it cannot be based on works; if it were, grace would no longer be grace. (Romans 11:5,6 NIV)
There is no future destruction of the Jews contingent upon the revelation of a man called the Antichrist. That part was fulfilled a new body arose where the mystery of God was completed in the fulfillment of the gentiles as the bride of Christ and his very own body.